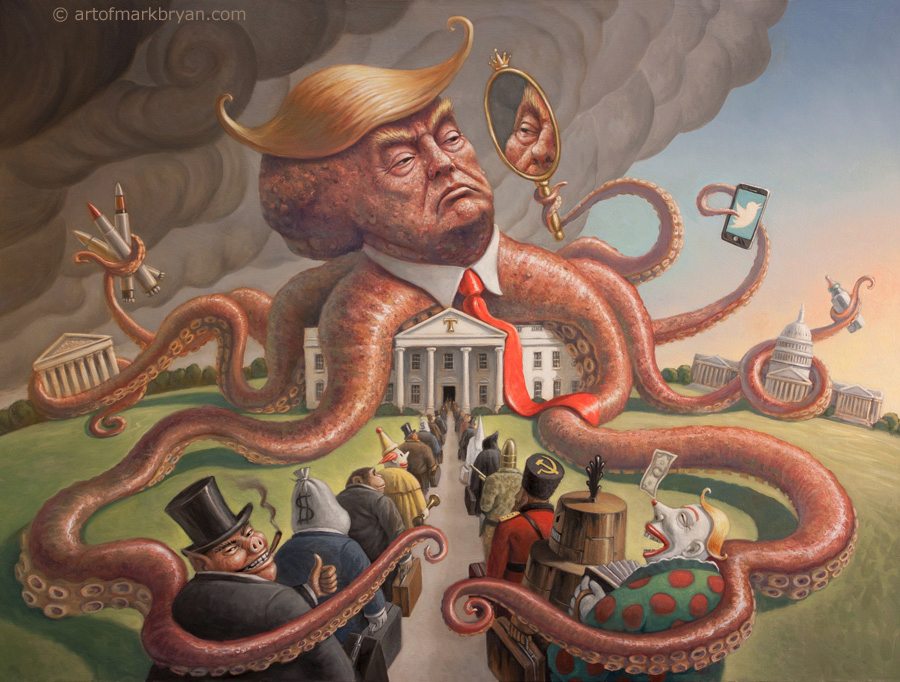 The Kraken has been released from the depths and the Trumpocalypse is at hand. Hang on tight, it’s gonna be a rough ride Back to when things were “great”.

To clarify, This was meant to be a “Kraken”, not an Octopus. The Kraken is a mythological sea monster of Norwegian lore. Derived from krake, a word designating an unhealthy animal or something twisted (cognate with the English crook and crank) Historically depicted as an Octopus like animal. This image was inspired by the famous cartoon about the Standard Oil monopoly by Udo Keppler in 1904. The tentacles are also an irresistible metaphor for political satire. I had reservations about using an octopus like image because they really are amazing and intelligent beings. I apologize to them everywhere.